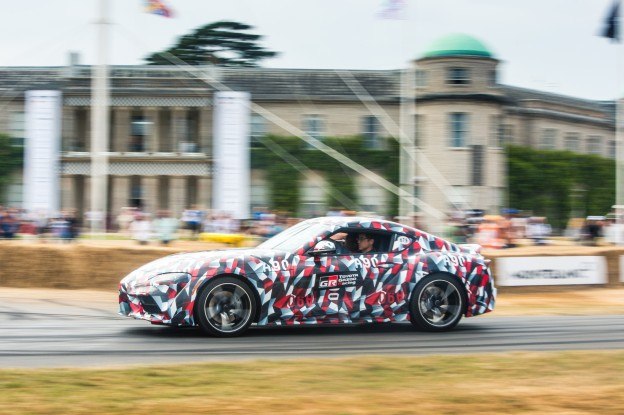 Toyota has a challenge on its hands. It’s been 25 years since they turned their nose up at performance car culture following the launch of the Mark IV Toyota Supra back in 1993. The Mark IV became a Japanese legend, known for its highly tune-able 2JZ engine, vicious acceleration and aggressive styling.

Finally, a new Supra is on its way, but this time Toyota developed the cars initial architecture in conjunction with BMW. And the question will soon be answered: Can Toyota successfully combine German sensibility and Japanese madness?

Given what Toyota hasn’t revealed (the camouflaged production prototype pictured here), we do know a surprising amount about the Mark V. The engine is a BMW 3-litre, inline 6-cylinder with a single scroll turbocharger. Power output is expected to be between 330 to 350 hp with over 300 nm of torque. 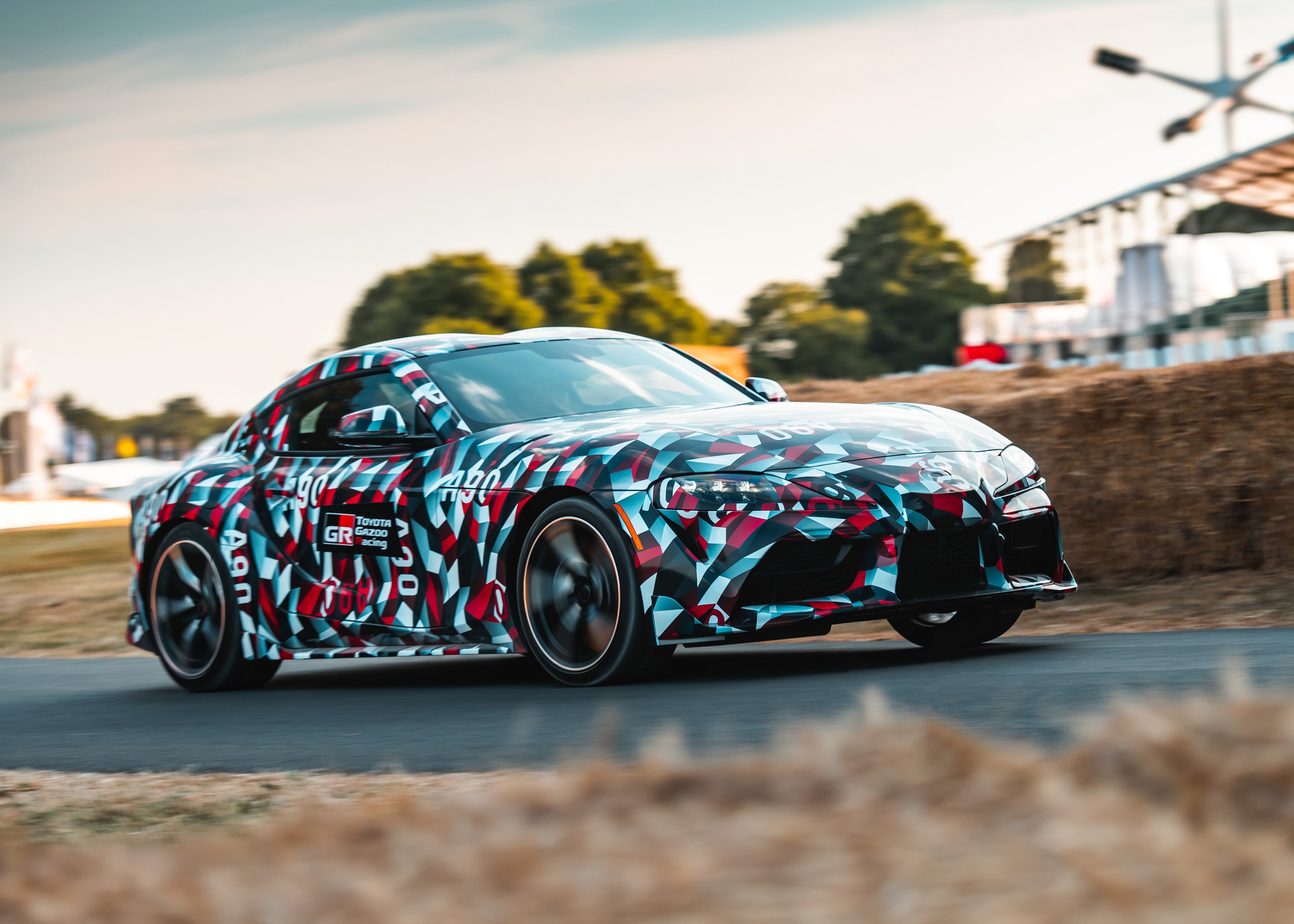 Power is fed through an eight-speed automatic transmission, to a BMW active limited slip differential. Toyota have refused to confirm a manual transmission option, instead telling salivating customers to “wait and see.”

The chassis hints at an amazing driving experience with equal 50/50 weight distribution on a platform that features a shorter but wider wheelbase than the AE86. The new Mark V Supra also comes with adaptive suspension with the ability to lower itself 7mm when required.

Anticipating how modified these cars are likely to be, the new Supra comes with mounting points in the front, ready for a front splitter. The trunk has been reinforced to handle a large rear wing. But perhaps the best news is confirmation from Toyota that the engine bay of the Mark V Supra will fit the 2JZ twin turbo engine which powered the Mark IV.

The 325 hp 2JZ motor is arguably what made the Mark IV Supra legendary. Being virtually bulletproof and easily tune-able made the 3L suitable for a variety of applications from daily driven street cars to some of the quickest track cars ever seen. 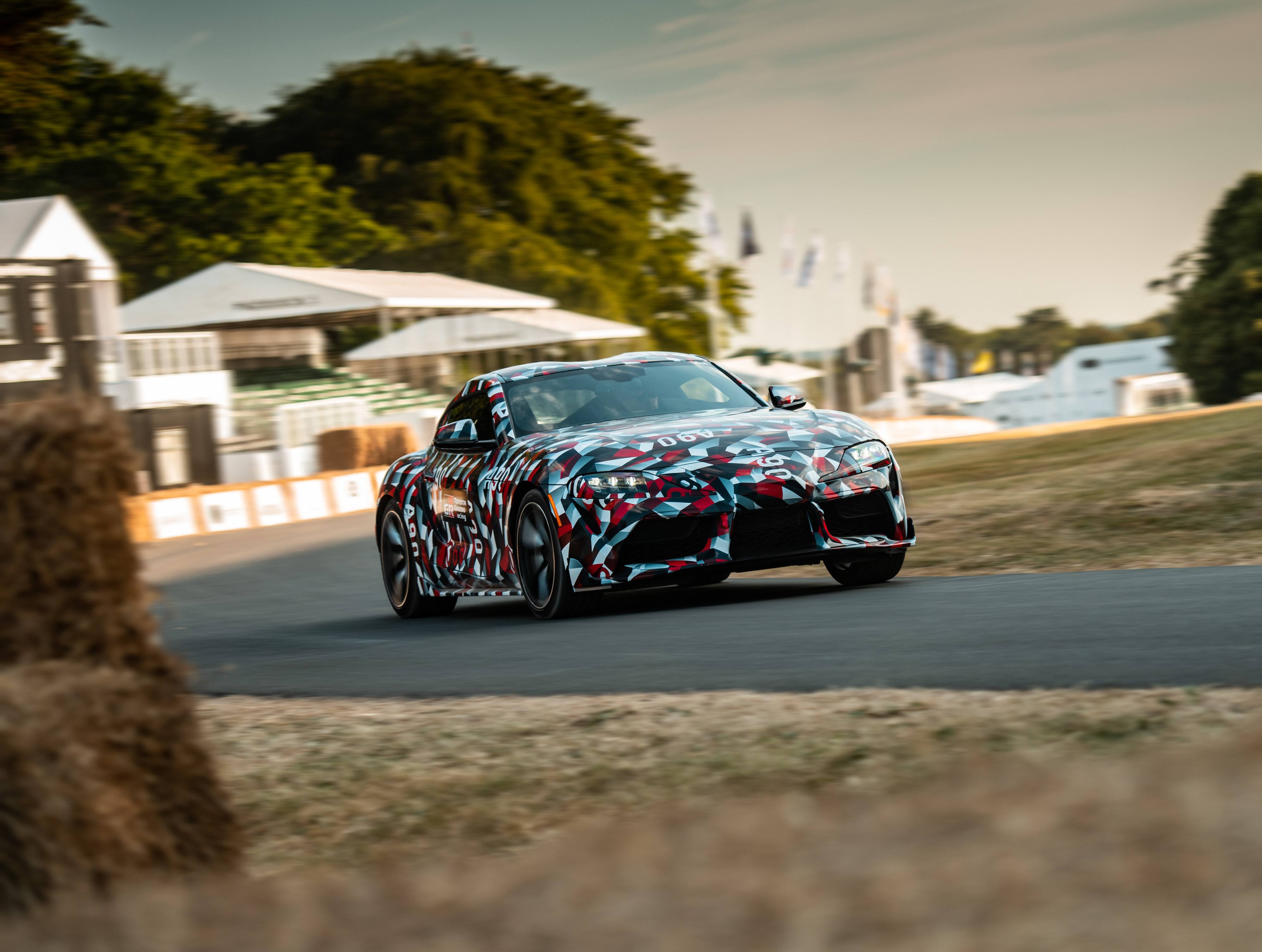 But the history of the Toyota Supra started out with more of a whimper than a roar, although it has never strayed away from its mid-front engine, rear-wheel-drive design. The original Supra started out as a more powerful version of the Toyota Celica, featuring an inline 6 cylinder motor from the legendary 2000GT sports car of the 1960s.

In 1986, Toyota launched the Mark III. It was with this incarnation that Toyota decided to slap a turbocharger on the (then) 7MGTE engine which pushed performance to a respectable 230 hp. Then in 1992 Toyota developed the infamous 1JZ engine which was replaced the following year with a twin turbo 2JZ motor and a new model Supra, the Mark IV.

Over its various incarnations the Toyota Supra has gained a cult following and along with the Nissan GTR and Mazda RX7, defined modern car culture. Given the way Toyota is focusing on people who buy and enjoy their cars at present, we can be confident that the Mark V Supra will excite enthusiasts for years to come.