Check out this pizza-making Toyota Tundra 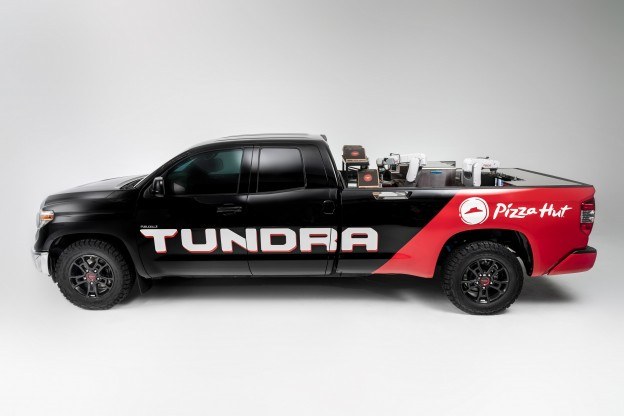 This year’s SEMA was full of supercars and sportscars, but one unexpected vehicle which attracted a lot of eyes (and noses) was this unique, zero-emission Tundra PIE Pro. It was actually built as a collaboration between Pizza Hut and Toyota. Most of us love pizza and even more of us love pickup trucks, so it’s really a wonder how no one thought of this before.

Judging by the exterior alone, you can probably tell this isn’t your ordinary Toyota Tundra. The rear truck bed has been converted into a virtual pizza factory on wheels (affectionately known as “The Kitchen”). It houses a refrigerator, a portable conveyor oven and, to make the entire process automated, a pair of computer-guided robotic arms. The components of the kitchen are powered by a hydrogen fuel-cell electric motor, as is the truck, but more on that later on. The entire process from start to finish takes less than seven minutes. You can’t get a quicker pizza even if you decide to make one yourself! 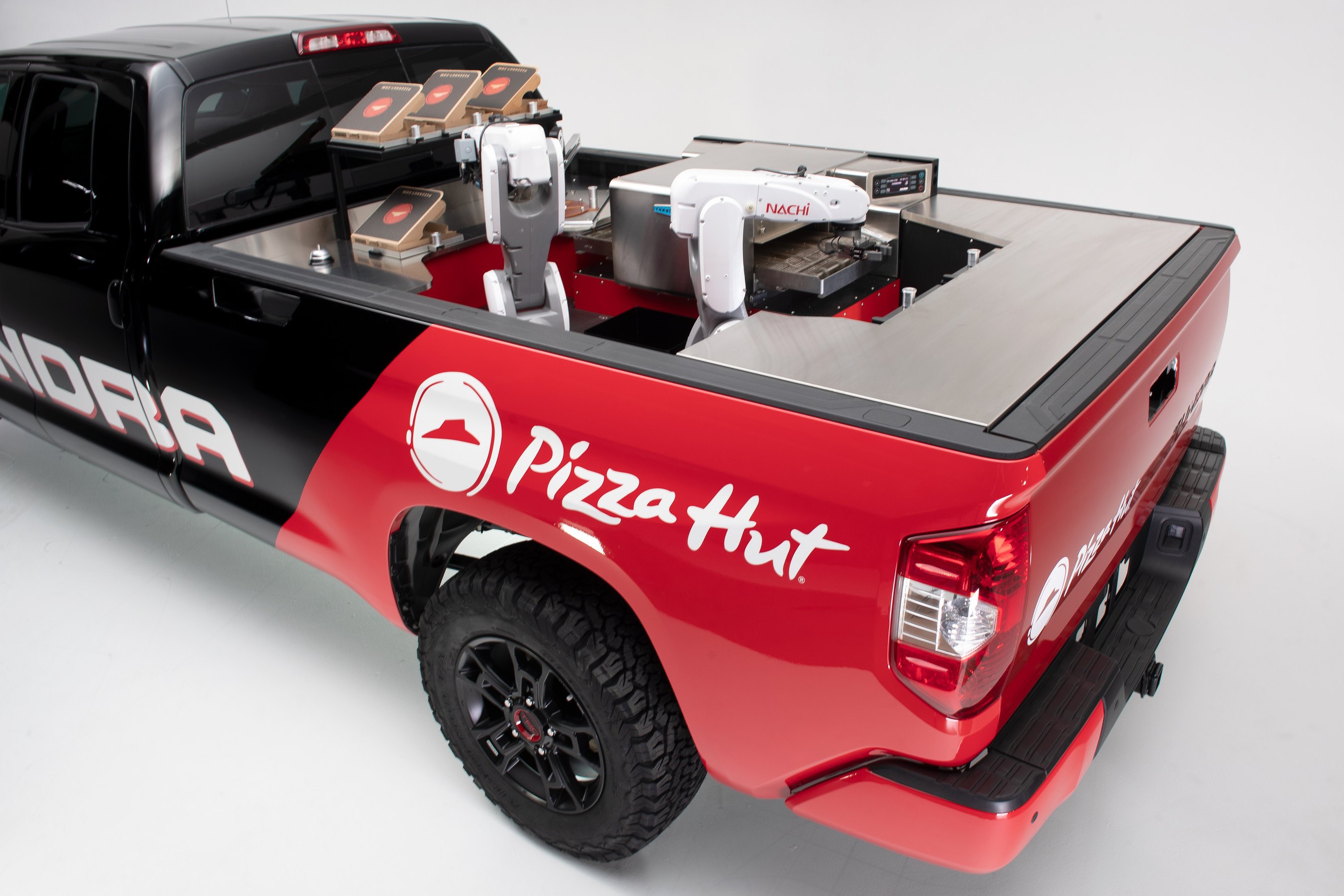 Pizza Hut and Toyota team up at SEMA 2018 to unveil the Tundra PIE Pro, a one-of-a-kind, zero-emission mobile pizza factory.

The idea behind the Tundra PIE Pro was to make pizza on the go. Pizza Hut is constantly trying to improve its delivery radius without compromising the quality of its pizza, and this is one ingenious way to accomplish that. Nothing tastes better than a pizza straight out of the oven, and you can’t get a fresher pizza than one that’s been made just outside your front door.

To build the PIE Pro, the team at Toyota took a Tundra SR5 and tore it down to a bare rolling chassis. They then reassembled it from the ground-up with a hydrogen fuel-cell electric power unit modified from the Toyota Mirai and built the back end completely bespoke to Pizza Hut’s needs and requirements.

The process starts when the robotic arm opens the refrigerator to remove the chosen pizza and place it on the conveyor belt. The pizza is then sent through a ventless oven and is greeted by a second robotic arm at the other end. The second arm places it on a cutting board and divides it into six pieces, boxes it up and delivers it to the customer.

Although this is just a one-off concept for the time being, it certainly showcases what we have to look for in the future! No more waiting for excruciatingly long delivery times and cold pizzas. A truck turns up at your front door, makes the pizza right there and then and delivers it to you so hot you can barely hold it and bring it inside. The future certainly looks tasty!