The Toyota Mirai is a four-door, mid-size sedan with performance that fully competes with traditional internal combustion engines - but it uses no gasoline and emits nothing but water vapour. The groundbreaking fuel cell electric vehicle is powered by hydrogen, re-fuels in about five minutes, and travels up to 300 miles (or around 483 kilometres) on a full tank. Powered by an industry-leading fuel cell electric drivetrain and supported by an exceptional 360-degree ownership experience, Mirai marks a turning point for consumer expectations for a zero-emission vehicle.

In its basic operation, a fuel cell vehicle works much like a battery electric vehicle. But instead of the large drive battery, Mirai's fuel cell stack combines hydrogen gas from tanks with oxygen to produce electricity that powers the electric motor.

Toyota's proprietary fuel cell stack represents a major leap forward in performance, delivering one of the world's best power outputs of 3.1 kW/L at a dramatically reduced size that fits under the front driver and passenger seats. The system provides Mirai with a maximum output of 153hp, accelerating from 0-100 in about 9.0 seconds and delivering a passing time of about 3 seconds from 40-65 km/h

What's more, thanks to fuel cell technology's versatility and adaptability, the Mirai offers performance options that go well beyond a traditional automobile. In fact, the vehicle will be offered with an optional power take off (PTO) device that enables Mirai to serve as a mobile generator in case of emergency. With the PTO accessory, Mirai is capable of powering home essentials in an average house for up to a week in an emergency - while emitting only water in the process. 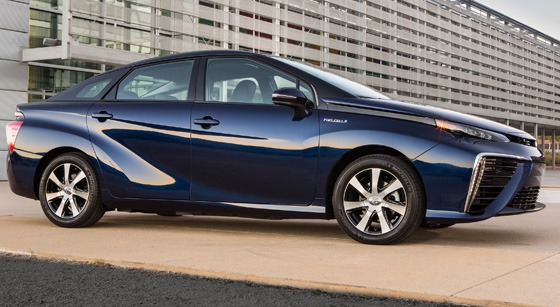 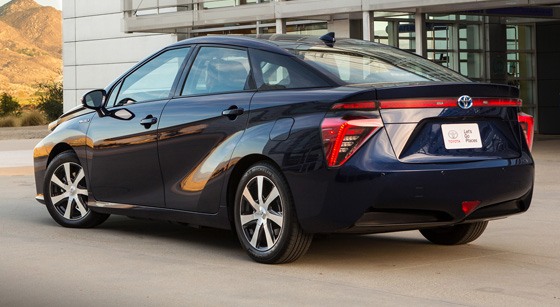 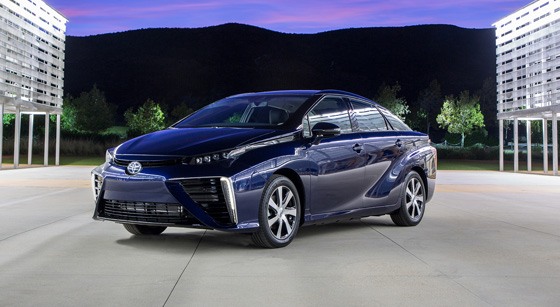